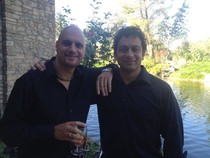 Our eldest son Xavier Fernandez (my family name is Fernandez) is an English teacher at the Bloomsbury International Language School in the centre of London.

As the eldest of our four children, Xavier set the bench pretty high being the first to graduate from University after leaving school. He obtained his BA Honours degree in English Literature from the University of Wales, Cardiff and then went on to complete his post-graduate studies to become a teacher (following in the footsteps of several of his Mom's relatives).

Xavier also does stand-up comedy gigs all over London in his spare time and you can check out some of his stuff on YouTube. Xavier is married and soon to be a Dad!

Our second son Fabian Fernandez takes after me - he is a professional musician.

He composes music for television programmes such as the children's cartoon "SpongeBob Squarepants" and also writes film scores. He has worked with many talented and famous singers and musicians and teaches guitar to various celebrities and their children. ﻿

Having travelled extensively all over the world before, during and after completing his studies at the City of Leeds College of Music, he has always loved the USA and he has now settled in the San Fernando Valley in the Hollywood suburbs with his wife and baby son and is a very in-demand musician.

On my website I introduce myself and give you a glimpse of my life, work and hobbies. 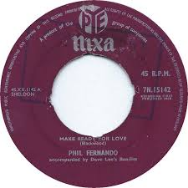 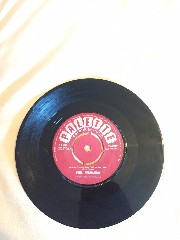 My record "Do the High Life" released on Palette Records 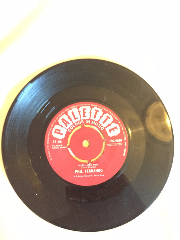 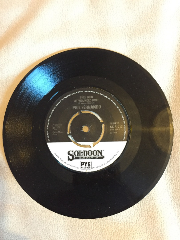